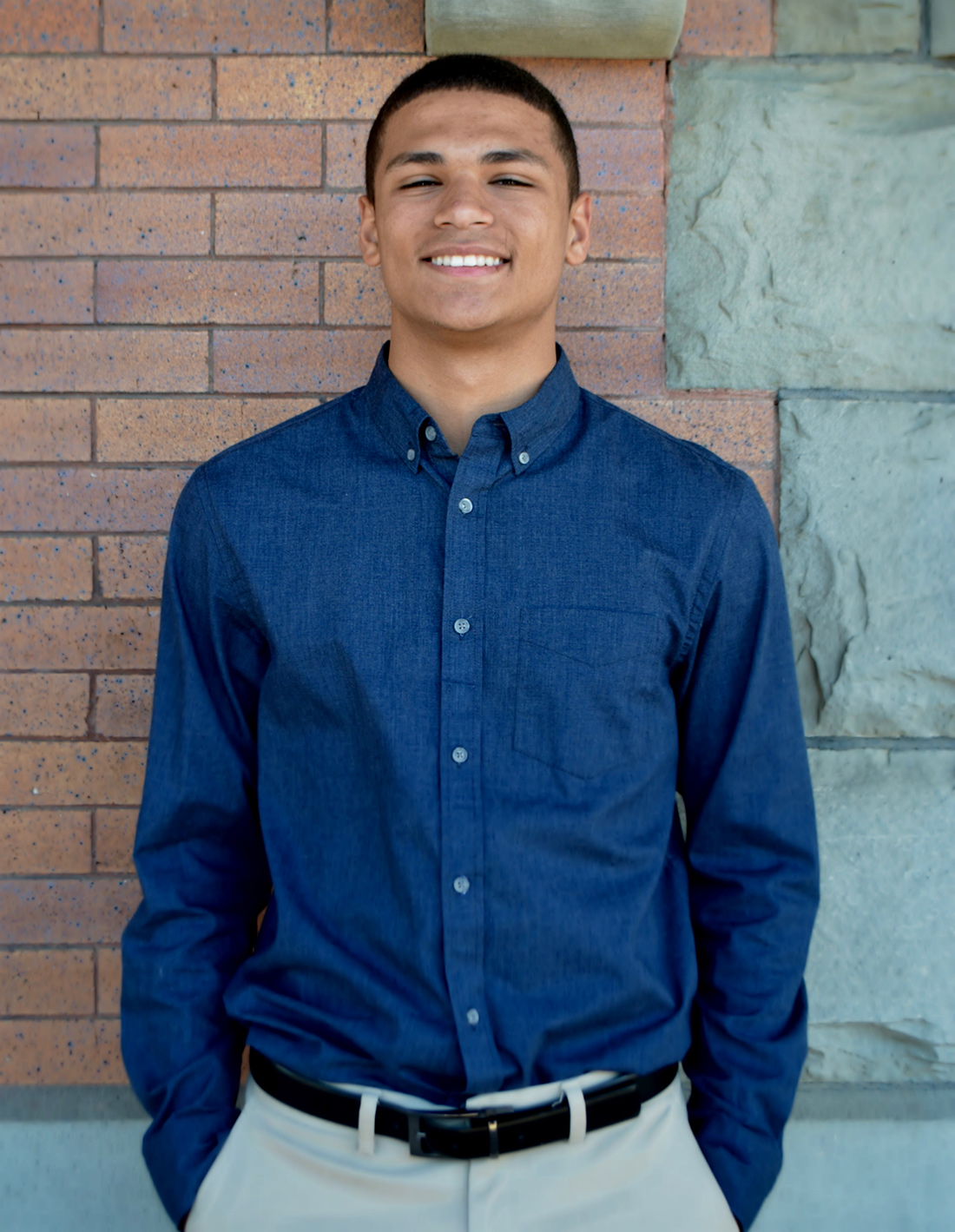 Dante Haynes looked up into the bleachers at his track meet and saw people cheering, but not for him. Yet he ran, sprinted in fact, because there was only one person he needed to prove his strength to: himself.

A few years later, Dante has done more than cross the finish line. He’s a recipient of the Liberty Partnerships Dr. Lee Scholarship, a soon-to-be graduate from Binghamton High School and will attend University at Buffalo this fall. But getting to this point hasn’t been easy.

Dante grew up without much support from home, and for the first couple years of high school, having good grades was not a priority.

Things changed when Dante started to compare his transcript to his friends’. His chance to apply to college was growing nearer, and he knew that if he wanted to go, something would have to shift.

“ If I don’t really want to be that guy at graduation who just barely graduates,” he says, “I’m going to really have to step it up. ”

So he started studying more, trying to truly process what he learned. He says going to the Liberty Partnerships office helped keep him on track, too.

“They were a really big help in helping me become who I am today,” he says.

“My parents weren’t really able to help me because they didn’t go to college, so this was all kind of new for me.”

Dante had always been busy with his athletics and social life, but this newfound dedication to school added another layer of responsibility to his everyday routine.

“It was a job, basically,” Dante says.

“I just have to make this sacrifice because I know in the long run it’s going to be a lot better for me.”

To describe Dante as a man wise beyond his young years would be easy, but it would also be an oversimplification of his well-earned work ethic and constitution. Because of, and in spite of, life’s difficulties, he has not only become a great athlete and student, but also a great person. He says the advice and resources of Liberty Partnerships pushed him to see a future for himself.

“There were a lot of days where senioritis kicks in and I just kind of want to clock out,” Dante says, “but they were there to guide me in the right direction.”

And now, it’s his turn to do the same. Dante plans on studying environmental engineering at Buffalo because he wants to push the world towards a more sustainable and renewable future.

“I think it’ll take a lot of convincing, but I think it can be done.”

His continuous drive seems to mirror the sports he so vigilantly follows. When he’s not participating in them himself, he’s watching them on TV. And it doesn’t just have to be the sports he knows–it can be anything. He can watch any game and instantly feel, even respect, the competitive edge.

When it came time for Dante to get his grades up, this attention to how others motivate themselves translated over and clicked into place. He was already a pro.

Dante says winning the Liberty Partnerships Dr. Lee Scholarship has lifted a large financial burden off his shoulders. Just as important is the reassurance and acknowledgement that this award provides him–after all his hard work, after all his sacrifice, someone noticed.

“It was really nice to see a lot of people there who have helped me through the years,” he says. “It was a nice change.”

There were a lot of people cheering, and this time, it was definitely for him.