Sarah Coddington: A Community That Grows Together, Thrives Together

Sarah Coddington: A Community That Grows Together, Thrives Together 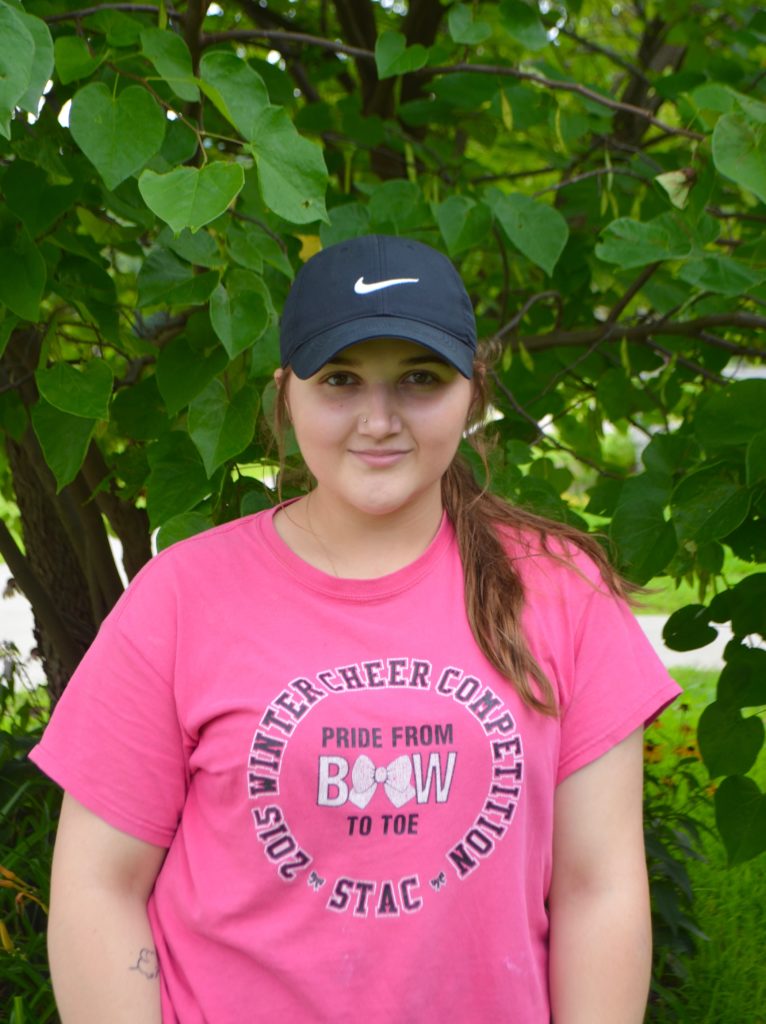 Sarah Coddington enjoys spending her summer mornings at the Conklin Summer Fun camp. She doesn’t have to be there; she’s not officially one of the Liberty Partnerships student counselors–but she might as well be. She comes to the camp often, taking time to help the students and play with the young campers. When Sarah walks into the gymnasium, counselors and campers alike gather around and patiently wait for a chance to hold Jackson, Sarah’s one-year-old son.

When Sarah became pregnant in her junior year at Susquehanna Valley High School, she was scared, but she knew she had a family and community that supported her. Her relationship with Liberty Partnerships become a lifeline, a place where she could focus on school and have someone to talk to. Sarah ended up forming a close relationship with Tracy Parker, a Liberty Partnerships counselor and camp director.

“I could talk to her about stuff that was bothering me,” Sarah says. “She took a lot of time out her day to be there for me.”

After having Jackson, Sarah says her life got a lot more fun. But it got a lot more busy, too. She not only had to tackle being a mom, but also had to apply to colleges. Instead of spending her time hanging out with friends, Sarah worked with Liberty Partnerships to get her school work done and perfect her applications.

“I knew I had to, and it doesn’t bother me,” she says. “I don’t really mind making sacrifices.”

Despite her newfound responsibilities and busy schedule, Sarah always made time for volunteering. Not because she wanted to bulk up her resume or get on anyone’s good side, but because it was the right thing to do.

“I like the idea of helping others,” she says. “I think it’s important.”

Sarah has the quiet resilience of someone who has grown immensely and doesn’t feel the need to publicize it. When she found out she had received the Liberty Partnerships Dr. Lee Scholarship, she says it was a huge validation of all her hard work.

Sarah’s carrying that momentum into her first semester in the SUNY Broome nursing program. Such a career requires steadfast dedication and commitment, something that she observed firsthand in high school.

“My dad had a kidney transplant back when I was in ninth grade,” she says, “and all the nurses made me realize that was what I want to do.”

Though Sarah says she’s nervous about starting this next chapter of her life, she knows she has the support of her family–and that means her Liberty Partnerships family, too.

“Whatever I want to achieve,” Sarah says. “I can do it if I just work for it.”